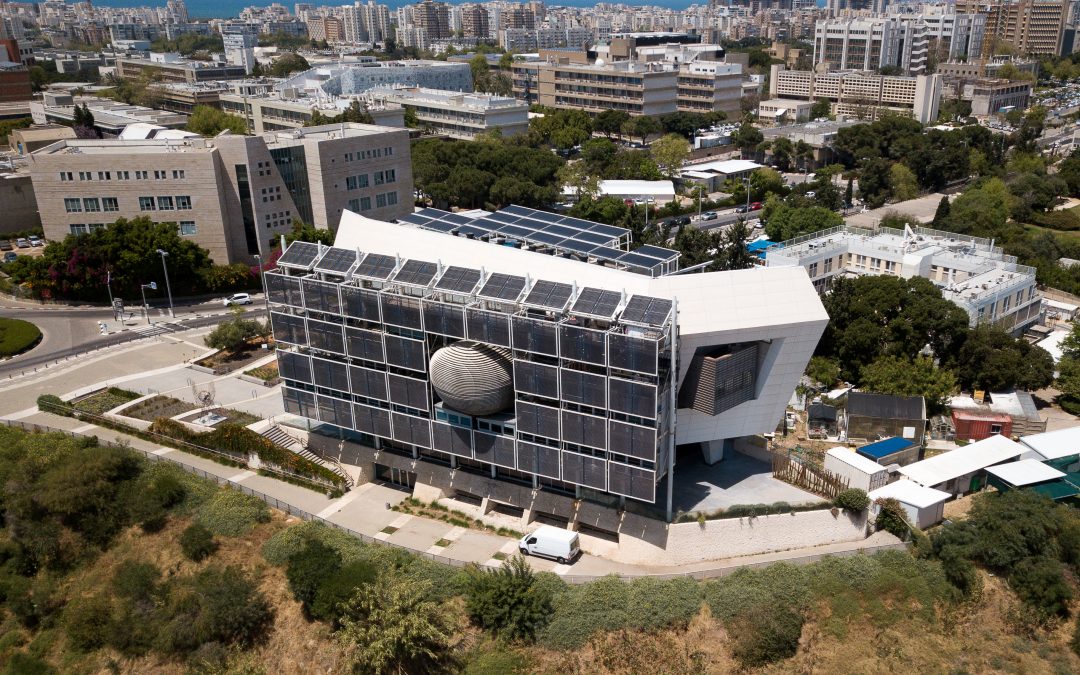 Porter School of the Environment and Earth Sciences

In a first among Israeli academia, Tel Aviv University’s Green Campus Committee – partner of the I-CHANGE project – has presented an external, comprehensive and objective report that inspected and The pledge comes following the completion of a comprehensive assessment of all campus greenhouse gas emissions (both direct and indirect) as part of initial steps in a 10-year plan for reaching carbon neutrality.

The report was prepared by the company “EcoTraders” according to the GHG Protocol – the global standardized framework used to measure greenhouse gas emissions (see the report’s data below). The comprehensive report includes details on all campus facilities that are owned and operated by the University, including the Broshim and Einstein student dormitories. The carbon footprint of the University’s suppliers was also assessed – from electricity consumption on campus, to transportation and construction inputs, to the food served at conferences and cafeterias. The report was conducted using the University’s 2019 emissions data as a baseline year reference (before the outbreak of the COVID-19 pandemic, which disrupted many activities, resulting in a temporary reduction in emissions).

Prof. Ariel Porat, President of Tel Aviv University and Chairman of the Green Campus Committee: “Tel Aviv University has decided to do its modest part to reduce greenhouse gas emissions, which is crucial for addressing the climate crisis. We intend to formulate a methodical and detailed 10-year plan, with the goal of attaining carbon neutrality further down the road. Our hope is to inspire other institutions in Israel and around the world to take similar actions, which, in addition, help educate the next generations about this important subject”.

Gady Frank, TAU’s Director-General: “We are working to make sure that in two years all of the electricity produced on campus will be green. Currently, we have more than 5000 meters of photovoltaic cells, and our goal is to triple their amount on campus rooftops. In addition, we will install storage facilities, which will drastically increase the yield of these solar cells. The rest of the energy would be bought from private suppliers specializing in producing energy solely from green sources”.

About a year ago, the University’s Green Campus Committee, led by President Prof. Ariel Porat and Director-General Gady Frank, appointed a team of academic and administrative experts to create a strategic plan with the goal of significantly reducing greenhouse gas emissions on campus by encouraging more efficient use of resources and investing in renewable energy.

The team of experts hired EcoTraders to perform a baseline assessment of the overall carbon footprint (in terms of CO2 equivalent) of all TAU activities, both on and off campus. The team includes Prof. Marcelo Sternberg, Head of the Expert Team (George S. Wise Faculty of Life Sciences), Dr. Vered Blass and Dr. Orli Ronen (both of the Porter School of the Environment and Earth Sciences), Prof. Avi Kribus (Fleischman Faculty of Engineering), Ofer Lugassi (Deputy Director-General for Construction and Maintenance), and Alon Sapan, (Director of the Steinhardt Museum of Natural History).

Now, with the publication of the report’s findings, the expert team is developing a practical plan to reduce the campus’s greenhouse gas emissions, which will be presented for comments and discussion within the Green Campus Committee and then submitted for approval by the University administration. Tel Aviv University places great importance on taking action to reduce its carbon footprint, including using sustainable energy, recycling water and materials, limiting the use of paper, reducing emissions caused by transportation and flights, and introducing green purchasing procedures, with the goal of eventually attaining carbon neutrality.

According to the team of experts, “We set out on this mission about a year and a half ago, and decided that in order to lead real change on campus, we must conduct a thorough and comprehensive mapping of all of the University’s greenhouse gas emissions. This is a complex process that required the enlistment of many parties on campus, who agreed for the first time to share with us, and the authors of the report, information that had not been made public until now. This is the first time that an Israeli university has taken this kind of action, and we are confident that other universities will follow in our footsteps”.

The report shows that in 2019, Tel Aviv University was responsible for greenhouse gas emissions amounting to approximately 70,000 tons of carbon dioxide. The vast majority of emissions (93 percent) were indirect, with only 7 percent constituting direct energy-related emissions from the campus, mainly from its air-conditioning systems.

According to the report’s authors, the total indirect emissions are broken down as follows: Electricity consumption on campus (42 percent); waste production and management (11 percent); the University’s transportation activities, i.e., the transportation of about 40,000 students and faculty members to and from campus on daily basis, as well as staff members’ and students’ flights abroad (12 percent, about a third of which result from flights); food and beverage services, such as the cafeterias (7 percent); construction and building maintenance inputs (4 percent); fuel and energy for the University’s facilities (4 percent); procurement (4 percent); and computer and laboratory equipment (3 percent). The remaining 6 percent of emissions are produced by activities in other categories.

The team of experts point out that when looking at data from an article published in 2021, that surveyed 21 leading universities around the world that conducted similar processes, Tel Aviv University ranks in 9th place for emissions per square meter built, and 12th for emissions per capita. The University is responsible for emitting 1.56 tons of CO2-equivalent greenhouse gases per capita per year, compared to Yale University’s 8.2 tons, the University of Melbourne’s 2.7 tons, and the Leuphana University of Lüneburg, Germany’s 0.73 tons.

The expert team: “The report clearly shows that electricity consumption is the most polluting factor on campus. In the past, we did not have the option of reducing emissions generated from electricity consumption, as the production method was determined by Israel’s Electric Corporation. But now, with the opening of the energy market, we plan to consider a transition from electricity suppliers that burn natural gas to suppliers that rely on renewable energy, and to expand the independent production of solar power within the campus. As for food procurement, we intend to assess a variety of possibilities – from reducing the amount of food consumed by limiting the amount of money each person is allowed to spend, to precluding the ordering of meat products for events and kiosks”.

The team concludes: “The new report lays down the infrastructure that allows us to take a holistic view of the University’s total greenhouse gas emissions and, based on its findings, to identify the activities that cause the most pollution. This way, we can build comprehensive plans to reduce emissions from these activities in the short, medium and long term. Moreover, the report will allow us to monitor and inspect the reduction in emissions over time and compare the numbers with the original values. It is not trivial that the university is investing resources in collecting and analyzing the data – and it is even less trivial that the University is publishing this data. But we are committed to our strategic vision of striving to attain carbon neutrality in the future” 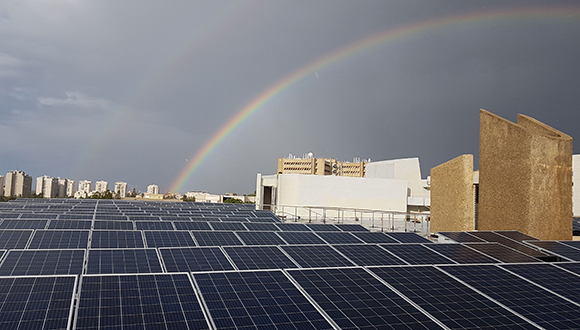 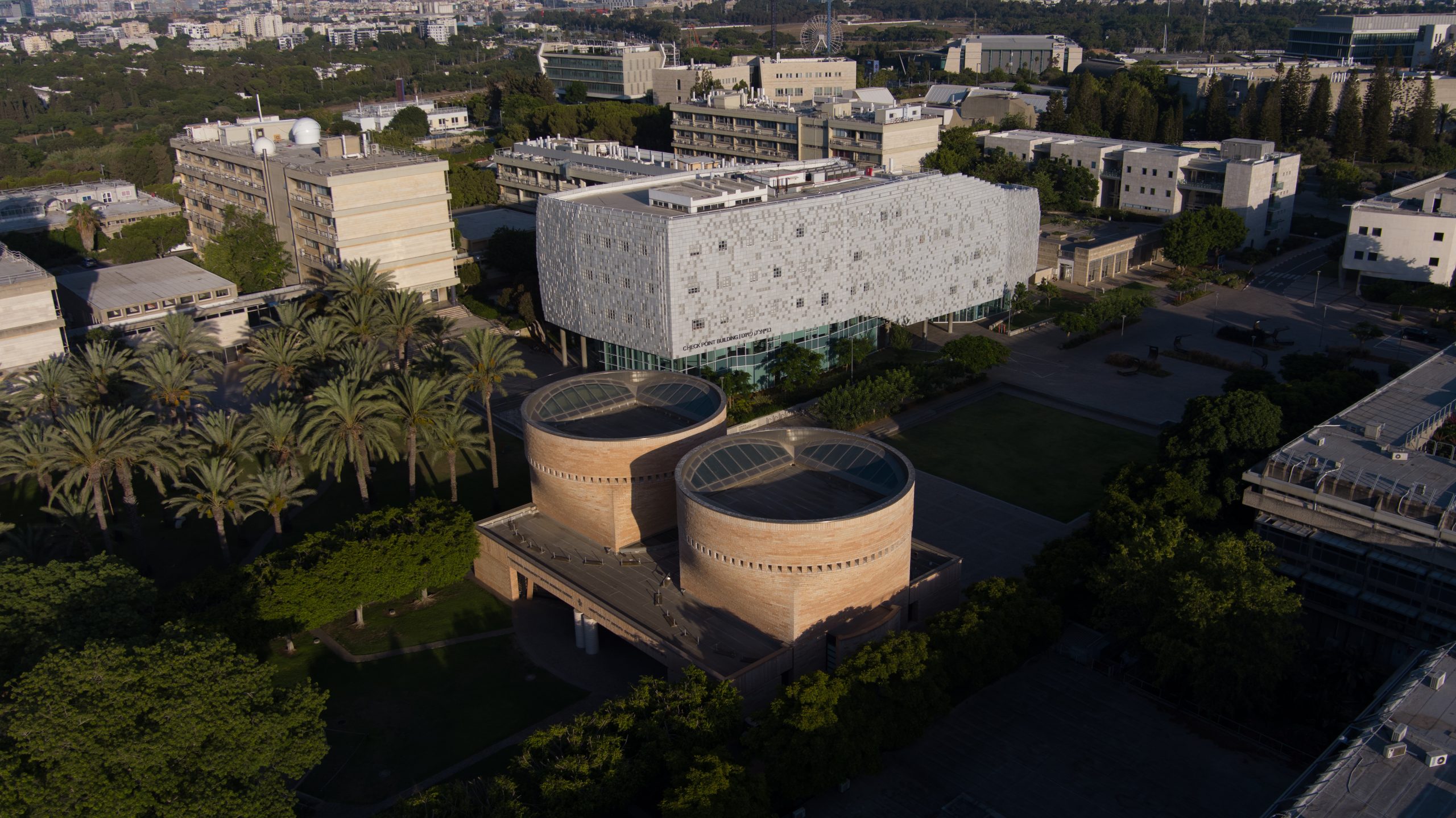