Tel Aviv University is engaged in different European and other efforts to develop strategies to the adverse impacts of climate change as well as air pollution.
This ambitious European research and innovation action aims to give citizens a clear scientific basis for the risks of climate change by involving them in the research and development of practical tools. The core of this activity is the Jerusalem Living Lab: laboratory-communities where citizens, researchers and stakeholders co-develop tools and knowledge. Eight Living Labs in all Europe and beyond are engaged to raise awareness on the effects of climate change, citizen monitoring networks, elaborate sustainable lifestyle changes that can be adopted by various citizens’ communities and Jerusalem populations.
The Jerusalem Living Lab focuses on extreme climatic events, particularly heat waves, human comfort, droughts, and heavy rainfall. Activities will be based on the utilization of innovative meteorological monitoring systems, co-design and adoption of smart mobility tools, based on classical data as well as from our novel commercial microwaves links (CML) monitoring rainfall, fog, dew and humidity.
They will be integrated in a European and international framework, fostering interactions with the Living Labs in other countries. 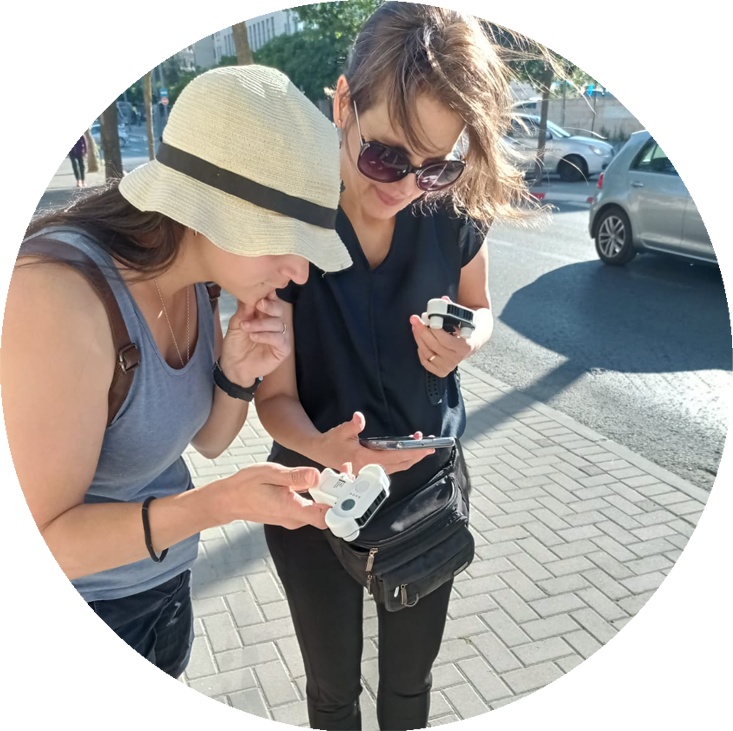 We are engaging communal groups and weather amateurs for collecting street observations by citizens (such as schools, students, teacher and their families). If you are interested to participate, please contact us via email. 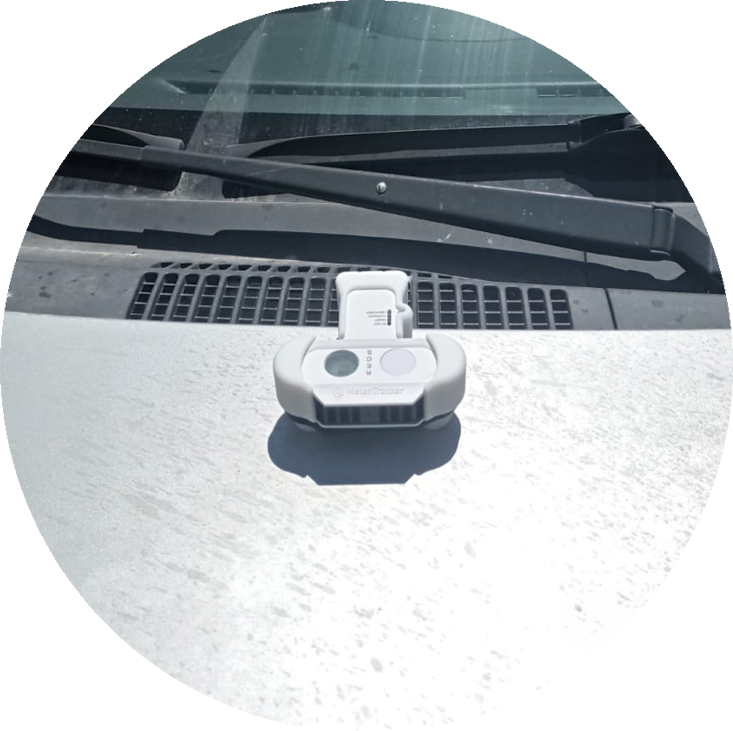 The Israeli TAU team is cooperating with the Bloomfield Science Museum Jerusalem and the Hebrew University Center for Sustainability (they started the project Meorav Yerushalmi) for the citizen science part of the project.
The specific citizen science project of the Jerusalem Living Lab will focus on environmental monitoring of meteorological parameters such as: temperature, pressure, humidity, solar radiation and air pollution. The measurements will be taken by low-cost sensors and MeteoTracker, small easy to use instruments that can be walked with or installed on cars and bicycles.
The data we are collecting will help Jerusalem Municipality that is mainly interested in mapping urban heat island, the shadow cover especially over the routes children take to and from school (warm season temperatures in Jerusalem can reach 40°C and higher). The data will also contribute to the study of the atmosphere and will be combined and compared to novel data to be collected from the cellular network (CML).
The final number of schools participating in the pilot is 3 and they are junior high schools (~15-year-old students) and will extend to other groups around the city, including bikers and community gardens.

The global uniqueness of Jerusalem climate (Alpert, 1991) was illustrated in the sense of having both relatively large annual rainfall (572 mm/y in Atarot station – also known as Jerusalem Air Port, a value very close to London, UK, with annual rainfall of ~590 mm/y) and surprisingly this high rainfall is going along with very high solar insolation typical to subtropical semi-arid area, i.e. 3700 sun hours annually (or ~9.5 h on daily average). In addition, due to complex topography and several urban factors (topography, roughness, urban aerosols and urban albedo) Jerusalem has very high rainfall variability with the large range of 450 to ~700 mm/y (Shafir and Alpert, 1991). High-resolution 2-D model rainfall simulations over the large municipal area of Jerusalem and all its surroundings show good comparison to radar rainfall for both annual rainfall and for extended heavy rainfall events (Alpert and Shafir, 1989). An interesting finding is the high number of rain maxima over a relatively small area within the City of Jerusalem that are well captured by the model vs. the radar. Several major risks were pointed out including extreme temperatures, heat waves, colder nights and heavy rainfall. Jerusalem temperatures both maximum and minimum show after extensive recent homogenization procedure that significant increases occurred during 1950-2020 (based on homogenized dataset, Yosef et al., 2019). Furthermore, enhanced increases from the 1980s of the temperature trends which are even more than double of the global average ones (see the figure below). A fact that led to the definition of the Mediterranean as a “Hot Spot” of global warming. 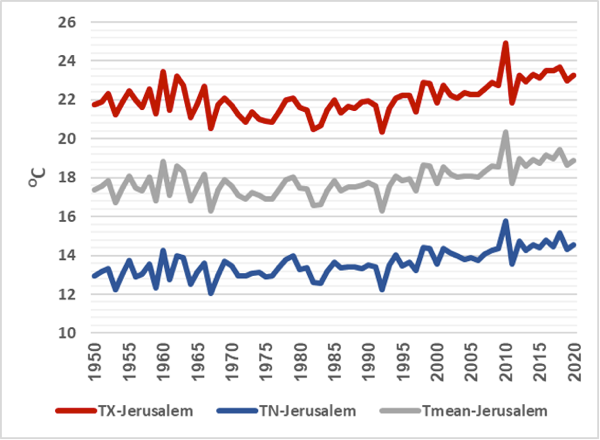 This project has received funding from the European Union’s Horizon 2020 research and innovation programme under grant agreement No 101037193.