The kick-off workshop for LLWA took place in the Conference room of the Competence Centre, WASCAL Ouagadougou, to establish the framework of stakeholders and the lab’s eco-citizen research and actions mechanism. The workshop proceedings were articulated around the opening ceremony, oral presentations of LLWA activities, and working groups discussions. The event was completed over a full 1-day (9:00 am – 5:30 pm), combining plenary sessions with Question-and-Answer slots and parallel sessions of working groups.

At the opening ceremony, two significant speeches were made in the framework by Dr. Antonio Parodi of the CIMA Foundation (Italy) and coordinator of the I-CHANGE project, followed by Prof. Kehinde Ogunjobi, the Director of research at WASCAL.

The first speech was given online by Dr. Antonio Parodi. After introducing himself and the CIMA Foundation, Dr. Parodi warmly welcomed the participants to the workshop and expressed his happiness in their interest in the I-CHANGE Project and its Living Labs. He presented the I-CHANGE project, including the funding (4.95 million euros), duration (42 months), objectives, the work package structure, and other methodologies. According to Antonio, the I-CHANGE project involves citizens monitoring adverse weather conditions, high temperatures, and air pollution and quantifying carbon and environmental footprints intangible and realistic urban frameworks called “Living Labs” (LLs). The project manages eight LLs spread across Europe (6 LLs), Israel (01 LL), and Burkina Faso (01 LL). The LLWA – Ouagadougou aims to strengthen ordinary citizens’ capacities and encourage active participation in tackling climate change and promoting sustainable development and environmental protection. He stated that the LLWA is one-out-of-eight LLs of the I-CHANGE project and focuses on linking urban floods with waste management in Ouagadougou. Finally, he invited stakeholders to actively contribute to the work of the living lab of Ouagadougou to move forward in behavior changes of ordinary citizens to benefit the environment and the fight against climate change.

The I-CHANGE project (“Individual Change of HAbits Needed for Green European transition, EU-H2020 # 101037193) is funded by the European Union within the framework of the European Green Deal, the European Pact for climate, and the European Biodiversity Strategy for 2030.

In his opening speech, the Director of Research, Prof. Kehinde Ogunjobi, representing the executive director of WASCAL, while welcoming all participants to the meeting, stressed the existential threat posed by climate change.

“The city of Ouagadougou, like the other cities of the sub-region, has been facing for several years the adverse effects of climate change in the form of droughts and floods with significant damage to residents, agriculture, and infrastructure, including loss of human lives,” he said. 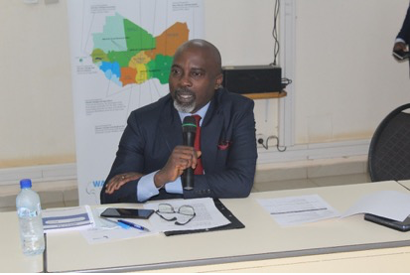 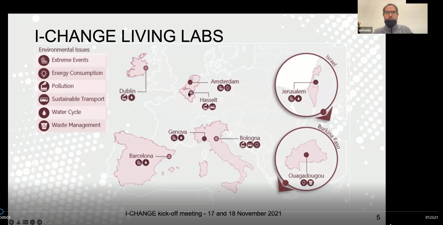 Online presentation was given by Dr. Antonio Parodi of CIMA Foundation (Project Coordinator) of the I-CHANGE project and its 08 living labs.

The meeting was attended by many different stakeholders from the waste management sector (including waste collectors, sorters, recyclers, and repurposes), representatives of the national disaster risk management agency, the national weather service, the municipality of Ouagadougou, experts from the Ministries in charge of the Environment, Climate Change, Agriculture and Water Resources, the National Programme on Biodigester, and the media.

The first living lab in West Africa on Citizen Science

The motivations for the research activities, the engagement activities involving citizen science, and a proposed work plan were presented by Dr. Seyni Salack, the Chair of the LLWA. The activities were classified into task forces, including heavy rain advisory (HRA task force), land-based circular economy (LCE task force), and multi-stakeholder platform (MSPs task force). These task forces and their activities are expected to be monitored and evaluated by four central commissions named: i) the “Ethics and Research Integrity” commission, ii) “Change Agents” commission, iii) “Law and Legislations” commission, and iv) the “Open Data Kit (ODK)” Commission. Each commission was defined, filled with members, and assigned a roadmap during the group works and discussions. 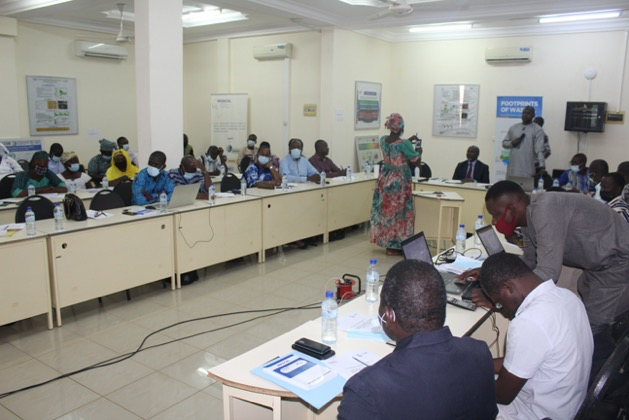 The Chair, Dr. Seyni Salack, is presenting the Living Lab of Ouagadougou (LLWA)

The first group work session was dedicated to the proposal/amendments of LLWA task forces and activities. The participants made further suggestions to improve conditioning and work plans to fit into the realities and needs of the city of Ouagadougou. The second was focused on the four commissions, their definition, members, the mandate for each, and the roadmap. The stakeholders have made exciting suggestions, amendments, and other comments to improve the workload of the LLWA and the commissions. The detailed outputs of these discussions will be wrapped up in more detailed reports.

Finally, the stakeholders agreed to meet regularly in the four commissions, organize full-living lab workshops to finalize the LLWA activity design, and identify and implement other community-based works to engage with the city’s ordinary citizens Ouagadougou under the results of the LCE task force. After some votes of thanks, the workshop was closed by the Chair of the LLWA and the Director of Research of WASCAL.

Ouagadougou, the capital city of Burkina Faso, is hosting the first Living Lab for citizen science in the West African Region, chaired by WASCAL Competence Centre. 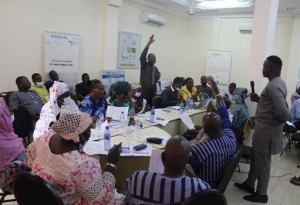 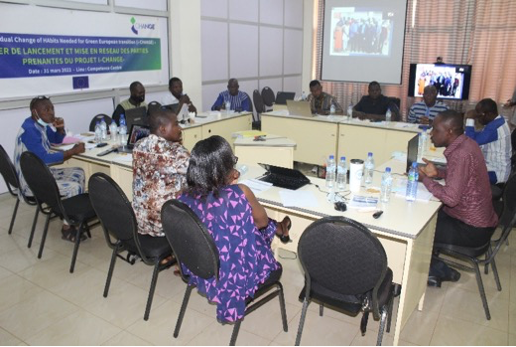 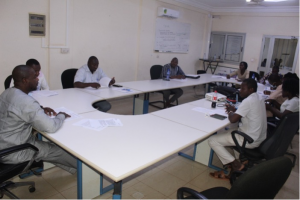 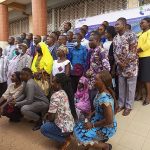 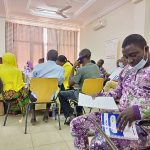 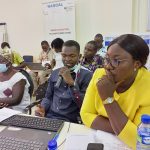 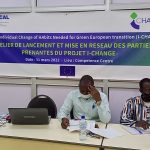 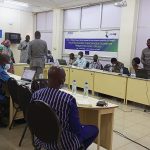 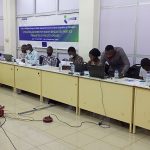 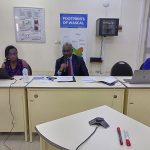 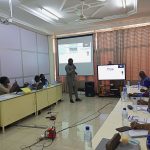 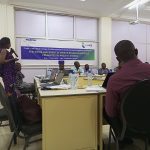 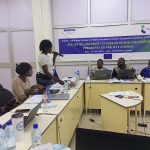