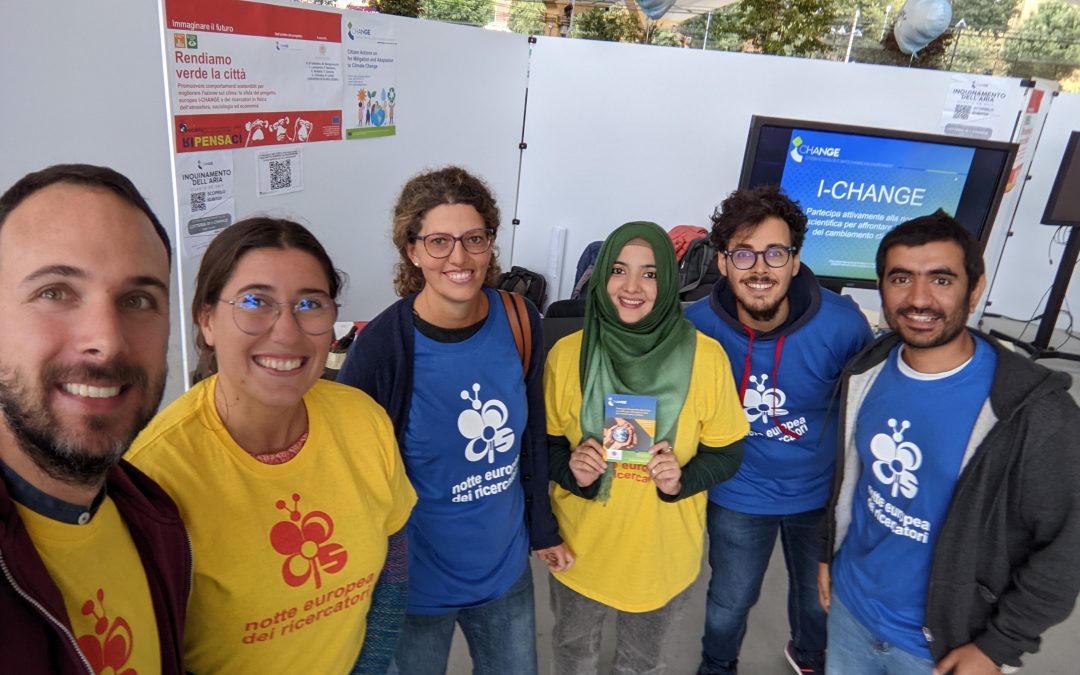 On the occasion of “Notte Europea dei Ricercatori Society”, the European Researcher’s Night (ERN) organized every year in all the cities hosting University of Bologna’s campuses (Bologna, Cesena and Cesenatico, Forlì and Predappio, Ravenna, Rimini) and Ferrara, the UNIBO team of I-CHANGE participated with an initiative called “Rendiamo verde la città: promuovere comportamenti sostenibili per migliorare l’azione sul clima” (Let’s green the city: promote a sustainable behavioural change to mitigate the human impact on climate). The team initiative aimed at providing citizens with a solid scientific basis to address the effects of climate change through active involvement in the research and development of practical solutions. To achieve that, different interactive experiments and surveys were carried out during the event, fostering the participation of university students and citizens of all ages in a gaming simulation of our city reality.

A demographic survey serves to introduce the participants to a “Know your Living Lab” quiz, where the participants got accustomed to the domains of action of Bologna Living Lab and were to list their importance (based on personal opinions and open discussions). Biodiversity and air quality were the priority of the majority, followed by sustainable transport and the energetic consumption. Contemporary, I-CHANGE sensors were used during the experiments: the MeteoTrackers were used to map air temperature and humidity around the city to demonstrate the benefits of green urban areas on these quantities; a biking city tour was performed days before the event to collect the data with these portable on-the-move sensors, tracking air temperature and humidity in selected areas of the city, including parks and densely-built streets. The collected data were used for the showcase at the ERN, exhibiting the intra-city ambient differences.

The second experiment involved the Smart Citizen Kits to showcase with a real-time gaming simulation how even small every-day-life objects (e.g., hair dryers, incense combustions) impact the quality of the air on a daily base. This setup allowed to show the pollutant concentration people are exposed to depending on their position with respect to the source (determined by the positions of the sensors). These two experiments showed how even everyday life activities can harm the environment and people who live it, but also where and how to pursue a healthy behaviour around the city.

The European Researcher’s Night in Emilia-Romagna

SOCIETY is a consolidated partnership that, since 2016, organizes the European Researcher’s Night (ERN), in the Italian Region Emilia-Romagna. The partnership includes the local branches of the main National Italian Research Institutes (the National Research Council – CNR, the Italian National Institute for Nuclear Physics – INFN, the Italian National Institute for Astrophysics – INAF and the Institute of Geophysics and Volcanology – INGV), together with the University of Bologna, CINECA, the largest Italian centre for scientific computing, the communication and management agencies ComunicaMente and Naxta, and the University of Ferrara acting as an associated partner.

Every year, SOCIETY, together with numerous stakeholders, animates activities before and during the ERN in Bologna, and in all the cities hosting University of Bologna’s campuses (Cesena and Cesenatico, Forlì and Predappio, Ravenna, Rimini) and since 2021 also in Ferrara. The proposed activities assume that ERN is a good opportunity for citizens to meet researchers and understand how Europe can support researchers. Participating in the ERN means being able to discover, in an engaging and fun way, how European researchers, active in all sectors of knowledge, work to face and solve the challenges for a sustainable future.

The theme proposed for the 2022 edition of ERN is “riPENSAci”, which literally means think twice i.e., think carefully, but also think again: in other words, look at things from a different perspective. The emphasis here is on thinking, a sorely needed attitude at this time in history, but also on the need to re-think our understanding of reality and progress. The message that the project intends to convey regards the importance of research and researchers as a powerful resource we can rely on in the challenge for a more sustainable future at the centre of which are new relationships between humankind, other species, and the environment. Moreover, it is important to demonstrate to the youngest that participating in the ERN represents an opportunity to find positive stimuli to pursue a career in the world of research, thus making an active contribution to solving the problems that make us perceive the future uncertain and threatening. 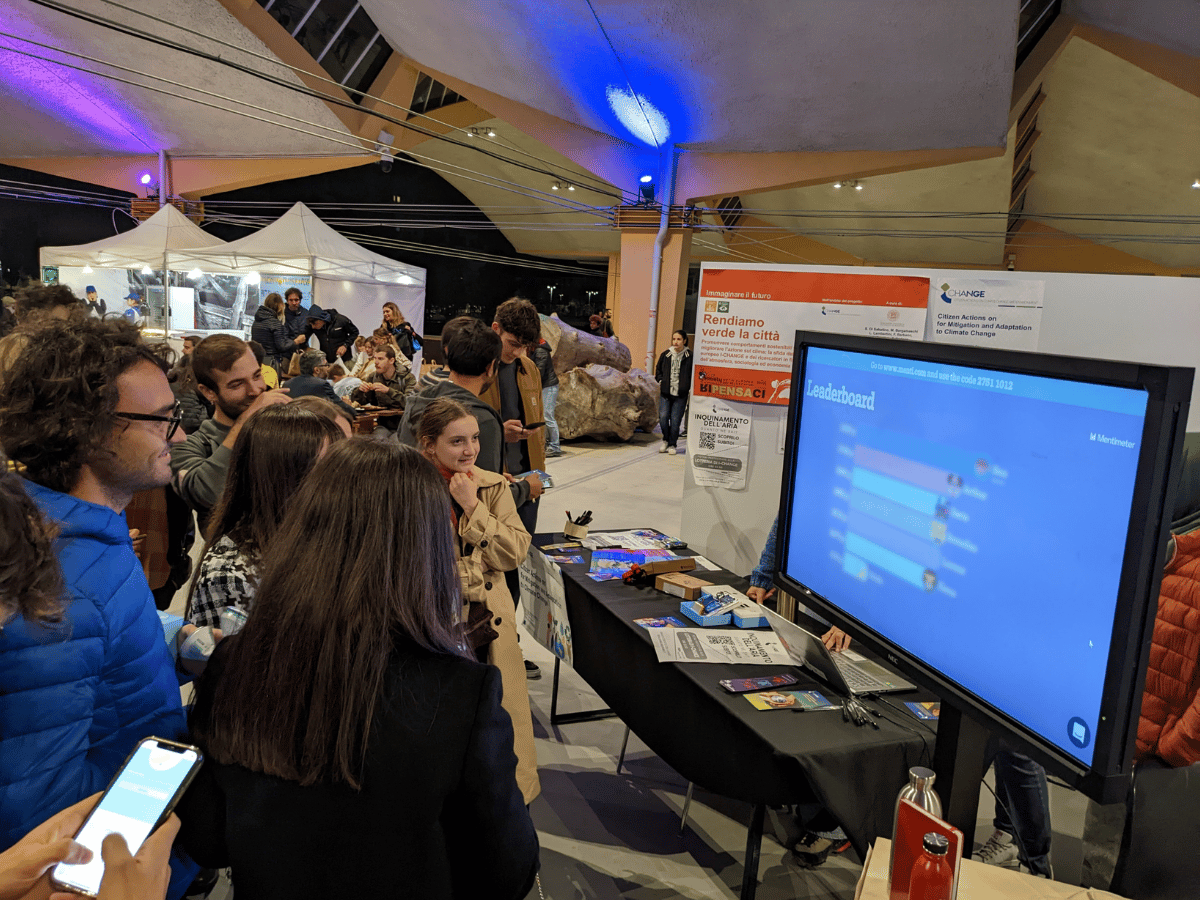