Second heat wave of this summer in Barcelona 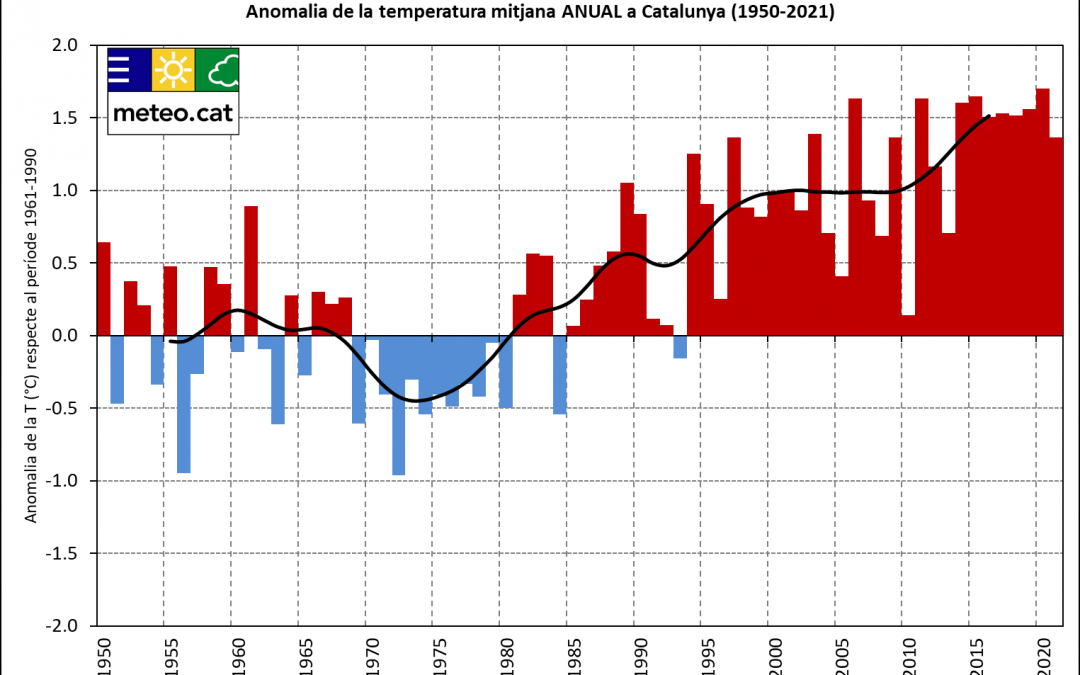 The global climatic alteration associated with the increase of greenhouse gases is causing the rise in the temperatures of the planet. The impacts are significant on human health, regional economies, and ecosystems. The average temperature of the planet has already increased by 1ºC, and this increase is greater in the Mediterranean region, where it is already close to 1.5ºC. There is no doubt that extremes related to high temperatures are going to become more frequent, intense, and long lasting. This is the case of heat waves.

There is no universal accepted definition of heat waves. The only common definition is that they are defined as periods of days with a temperature above a threshold determined from climatology. The ETCCDI (Expert Team on Climate Change Detection and Indices) relates the WSDI (Warm Spell Duration Index) with heat waves. This index counts the number of annual days where a temperature threshold is exceeded for 6 consecutive days. This threshold is calculated as the 90th percentile of maximum daily temperature for each temperature series from a climatic period (usually, 1961-1990). In Spain, the AEMET (Agencia Estatal de Meteorologia) considers as a heat wave, an episode of at least three consecutive days, in which at least 10% of the stations of a region record maxima above the 95th percentile (95%) of their series of maximum daily temperatures of the months of July and August from a climatic period. In Catalonia, the SMC (Servei Meteorològic de Catalunya) imposes for heat wave warnings that the temperature must be higher than the 98th (98%) percentile of maximum daily temperature, from a specific climatic period, for three consecutive days or more.

Following both definitions, AEMET and SMC had launched a heat wave early warning for this week, that will affect the entire Spain and Portugal. It is the second heat wave recorded in the last month. It began on Saturday, enters its critical phase on Tuesday, and will last until Friday with more than 35ºC almost generalized and 40°C in large areas of the interior. The nights will be tropical (more than 20°C), in almost the entire territory, and even torrid (more than 25°C) in the downtown areas due to the urban heat island effect. This is the case of Barcelona, which is one of the Living Labs of the H2020 project, I-CHANGE. It is expected that next Friday the temperature will exceed 35ºC and even 38ºC in some parts of the city due to the urban effect. At night the temperature will not drop below 25ºC, making it difficult to rest. To study it better, temperature transects will be carried out on bicycles carrying Meteotracker sensors that will be compared with satellite images.

Stay hydrated, drink plenty of water, do not exercise during hot hours, prevent the elderly and sick from being alone, take refuge in cool places, are some of the solutions. I-CHANGE will provide proposals that help change the habits of the population in these extreme situations. 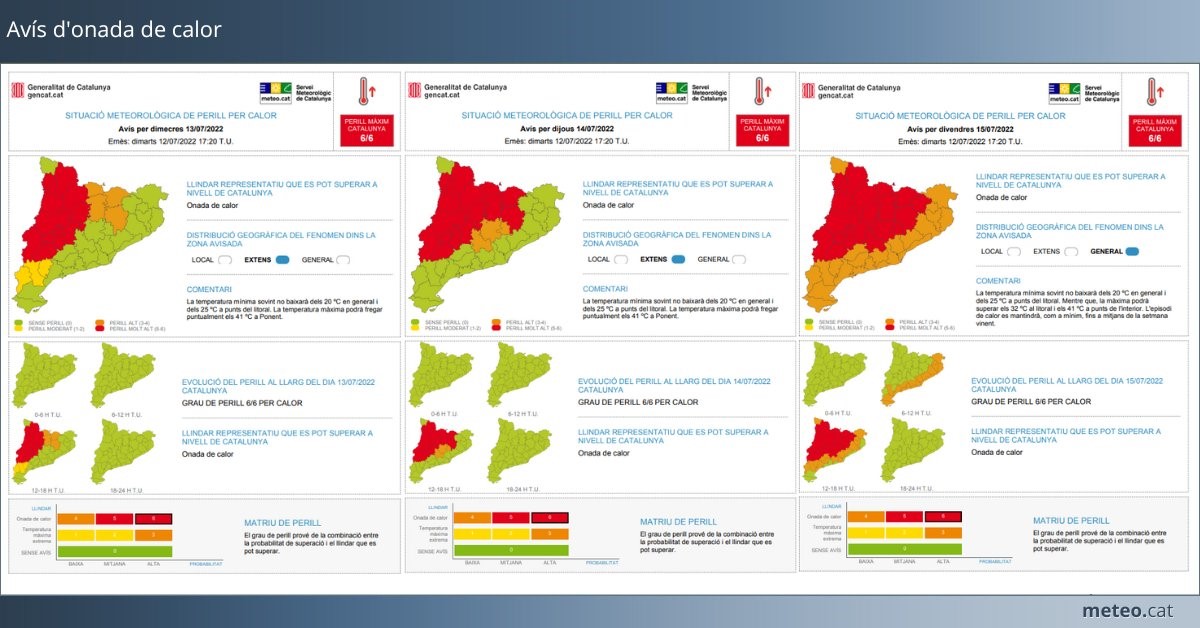