Mitigation and Adaptation Strategy of Climate Change in the Maresme Region

By University of Barcelona

The Maresme region is located next to the Barcelona Metropolitan Area, one of the Living Labs of the I-CHANGE project. It constitutes a good paradigm of coastal regions in the North Western part of the Mediterranen Region. This is the region most affected by floods in Catalonia (more than 60 in 30 years), due to the fact that both the hazard and the exposure and vulnerability are very high. The hazard is high as a result of the presence of steep torrents that cross the towns, and where flash-floods occur every year as a result of very intense and localized convective rains. The coastal communication routes that border the entire Spanish Mediterranean coast in the direction of France, including the railway that experiences various floods every year, cross the region. It also has a strong tourist and residential attraction, given its proximity to Barcelona, the pleasant climate, the beach and the nearby mountains, which leads to intensive urbanization and a high population density, also favoured by the migration from Barcelona city due to Covid-19. All this entails high exposure and vulnerability. Climate change scenarios point to an increase in intense and local rainfall in the region, which, together with the rise in sea level, generates an increased risk of flash-floods and sea floods. In addition, on many occasions they are compound events, as was the case of the Gloria storm on January 2020, which caused losses in Maresme of more than 40 million euros.

With the aim of being able to know, prevent and act better against these compound events and their increase in the future, the Spanish project C3-Riskmed is being carried out, closely linked to the H2020 project, I-Change, focused on the development of habits of the population in line with the European Green Deal. For this, collaboration with policymakers and stakeholders is essential. The creation of the METACC Scientific Committee (Mitigation and Adaptation Strategy of Climate Change in the Maresme Region) in which Dr. María Carmen Llasat (principal investigator of the Living Lab Barcelona in the framework of the I-CHANGE project) participates, constitutes a good pathway to bring science closer to society and promote this change of habits. METACC process fosters science into policy dynamics, providing the opportunity to establish a direct relation between researchers working on the Maresme County and a supra municipal public administration. 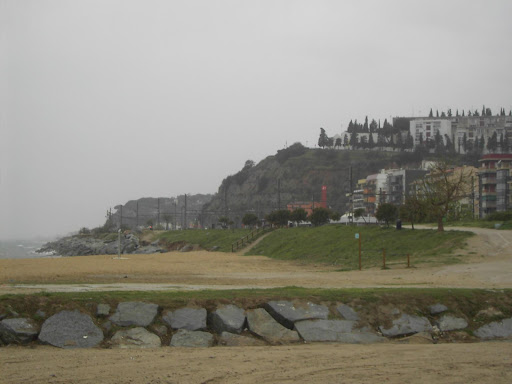 Last 17 March 2022 has been held the Second Workshop of the Scientific Committee of the Mitigation and Adaptation Strategy of Climatic Change of Maresme county (Catalonia, Spain). Throughout the meeting, the experts addressed the challenges of Climate Justice, adaptation and mitigation potential, and feasibility of measures against climate change. Both this and the previous meeting of the scientific committee of METACC, have constituted a good launching platform for the Living Lab Barcelona. Along the meeting it has been souligned that science into policy knowledge sharing processes both induce and need behavioral change. From one side the process induce behavioral change by enriching perspectives for all profiles engaged, inducing a broad impact in societal actors. On the other side, the process needs a behavioral change by institutions and public administration, as to enable taking up all the knowledge produced.