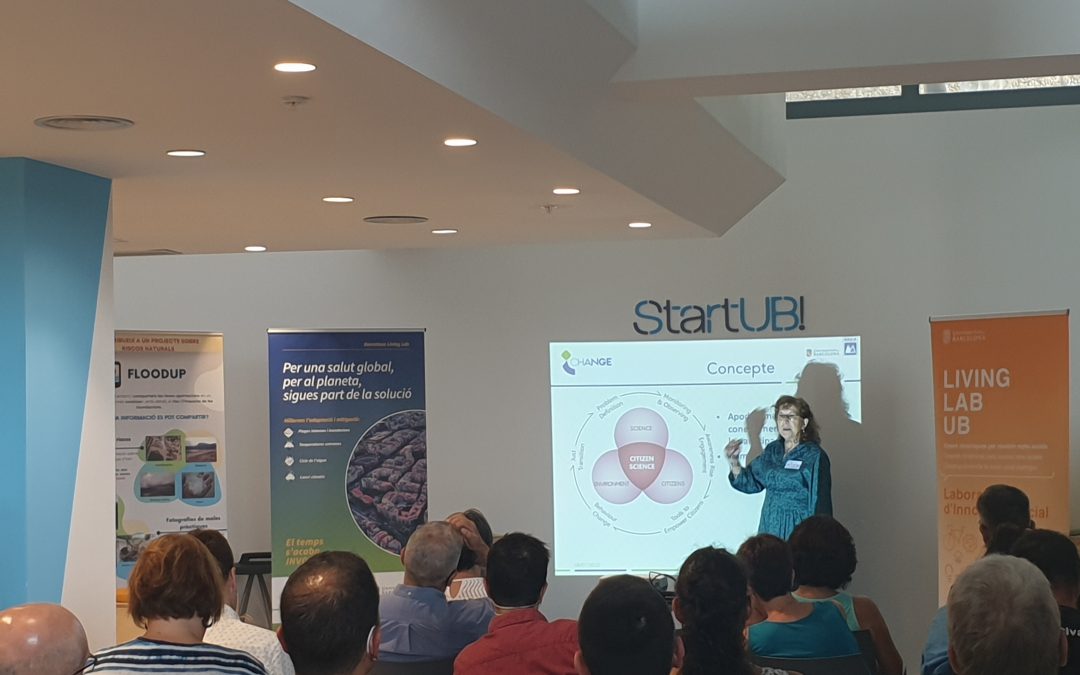 The Metropolitan Area of Barcelona (AMB, located at NE of the Iberian Peninsula), is made up to 36 municipalities having a total surface of 636 km² and 3,239,337 inhabitants. Barcelona is one of the most populated cities in the world (160 inh./ha in a surface of 10135.3 ha in 2018). Its particular orography, together with the Mediterranean climate itself, favours the generation of flash-floods and surface water floods. Between 1981 and 2015, AMB has been affected by 109 flood events, 64 of which have caused urban flooding in the city of Barcelona. On the other hand, the region experiences hot summers with daily and night temperatures above 35ºC and 23ºC respectively. The high thermal stress is accentuated by the proximity of the sea, which contributes to also have a high humidity. Climate scenarios point to an increase in heavy rainfalls and extreme temperatures.

In this context, the main challenge of the Barcelona Living Lab is the development of adaptation measures that decrease the impact of these extremes without increasing the impact on climate and environmental change. The I-CHANGE team of the University of Barcelona (UB) is responsible of the Barcelona Living Lab. It is composed by members of the Department of Applied Physics and the Department of Sociology. Its composition guarantees a strong expertise on meteorology, climatology, sociology and psychology, development of new sensors, as well as  outreach at local and national level and tools and methodologies to improve risk awareness and citizen science.

Between January and May 2022, small workshops were held online and in person with the different stakeholders grouped in the categories of public authorities, industry, academy and civil society. From there, a series of conclusions have been drawn about the main challenges, obstacles and pathways of change, which have been used as a starting point for the workshop held on 8 July. In total, more than 120 people have been contacted directly, of which about half have actively participated in one of the workshops. The workshop on the 8th was held in collaboration with the Cartographic and Geological Institute of Catalonia (IGCG), and was attended by about 40 people. It took place in the UB Start-Up space, and all participants considered it a success. In fact, they asked to be able to hold another similar workshop in a few months.

After showing the challenges of the Barcelona Living Lab and presenting the I-CHANGE project, the coordinator of the Living Lab, Dra. M.C. Llasat, gave way to the intervention of the attendees. To this end, various participation dynamics were carried out that favored the interaction between the different communities of stakeholders and the proposal of solutions following a co-participatory and co-creative process. The UB team led the dynamics of the first part, and Dr. J. Corbera, of the IGCG, organized activities based on design thinking in the second. During the coffee break, networking was favored and the presentation of the measurement systems already available in the project ended the workshop. Over the next few days, a synthesis document will be prepared that will be sent to all participants and people who have shown interest in this Living Lab and the citizen science experiments that will be carried out. 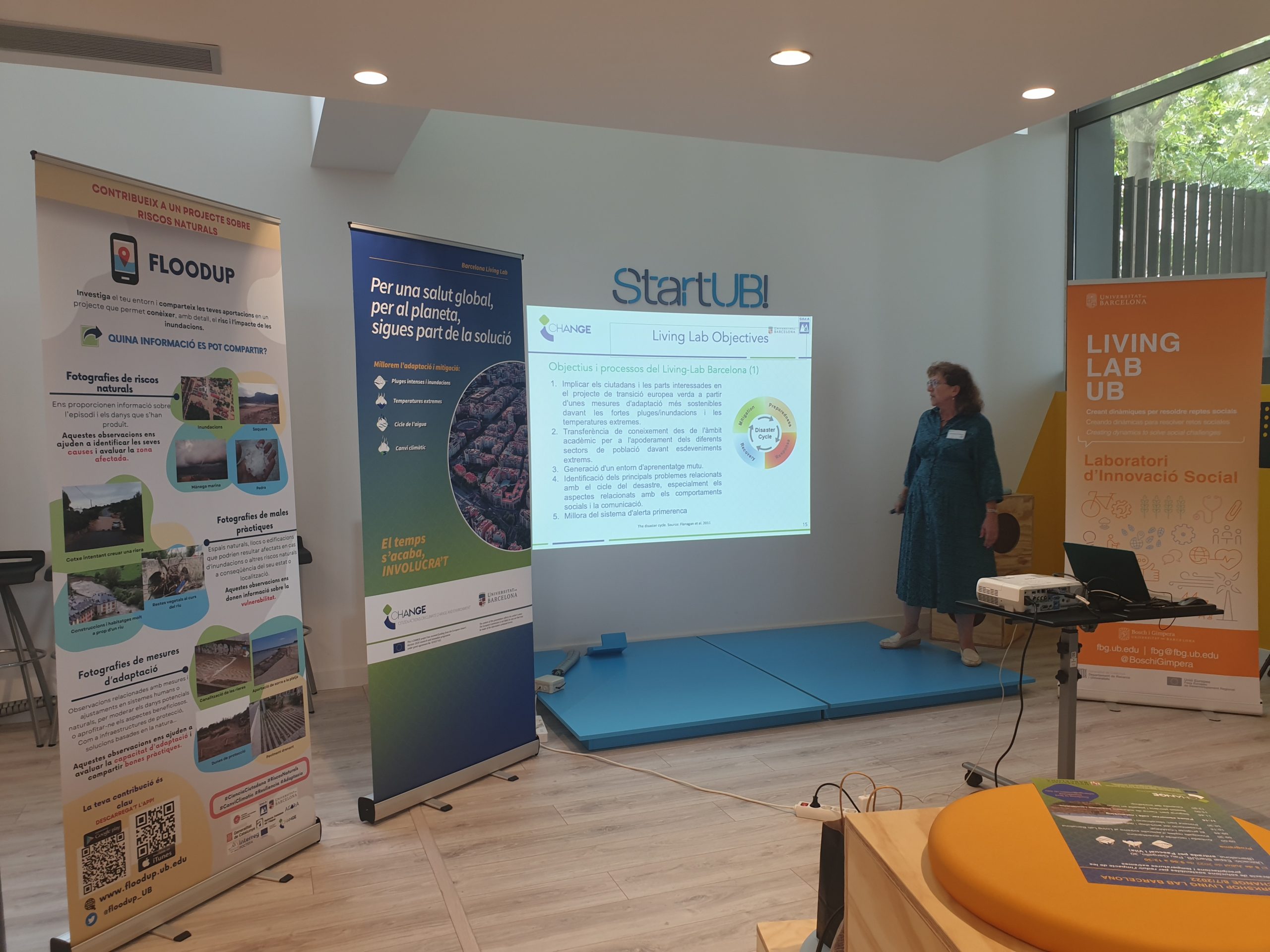 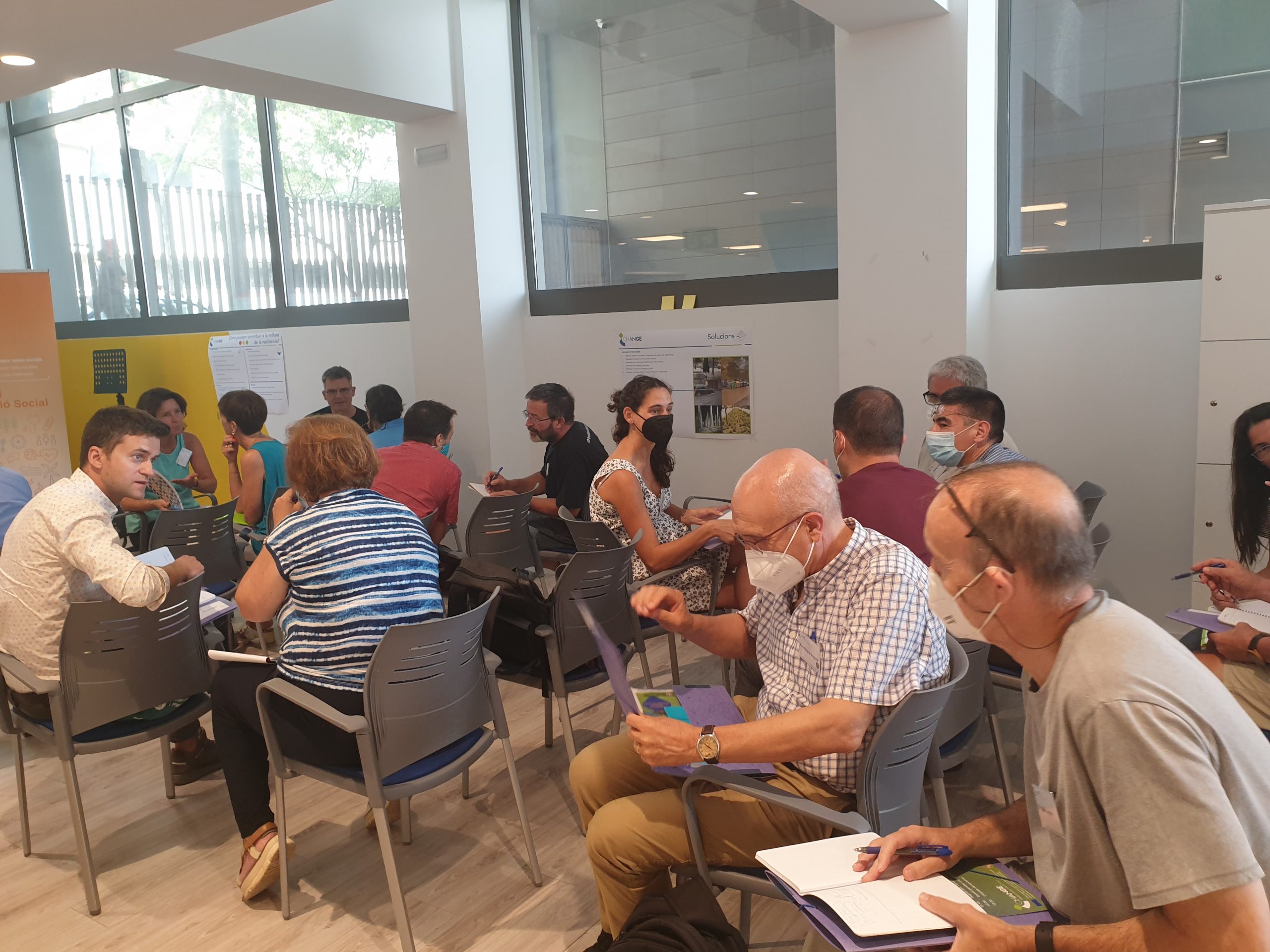 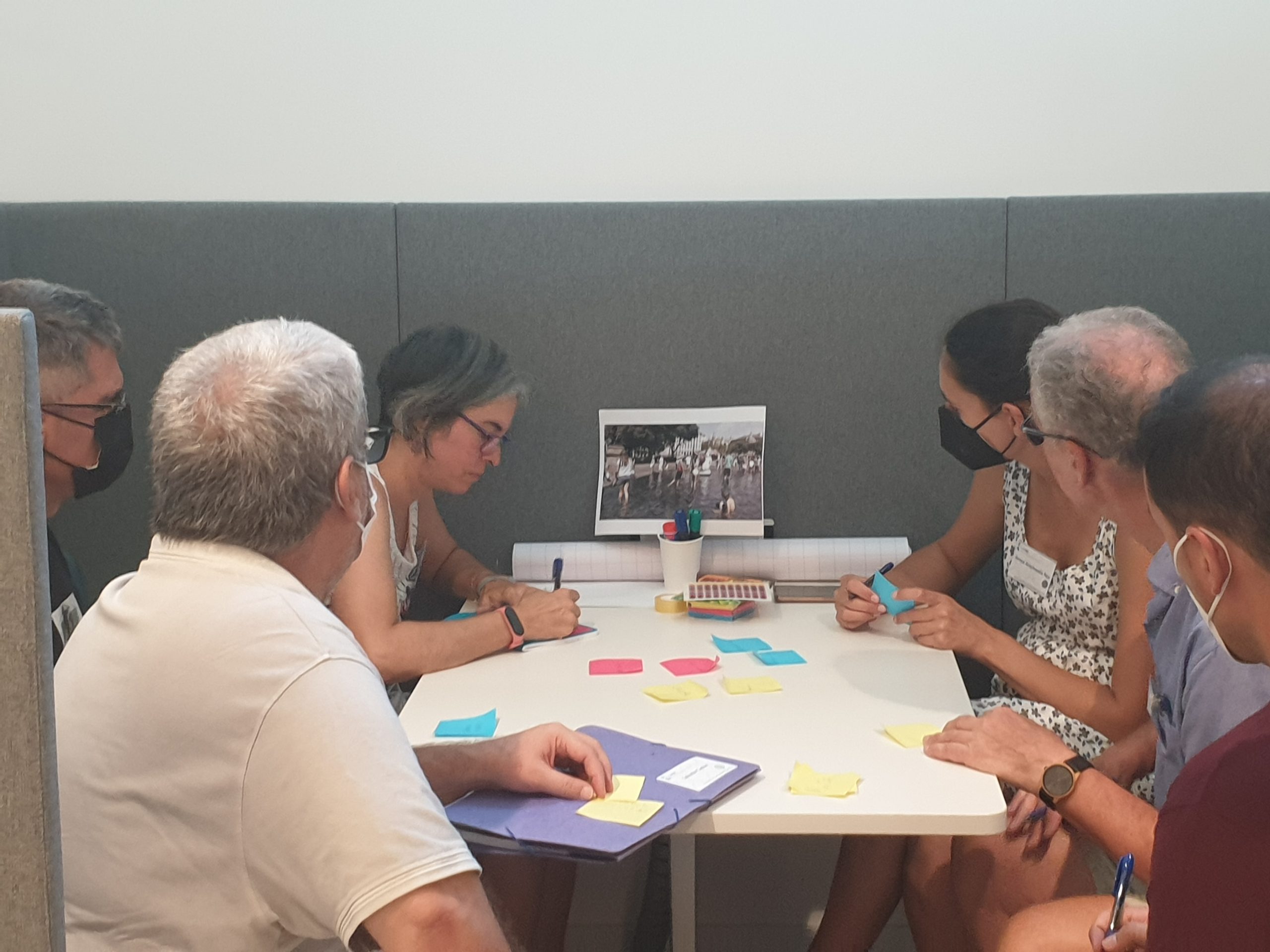 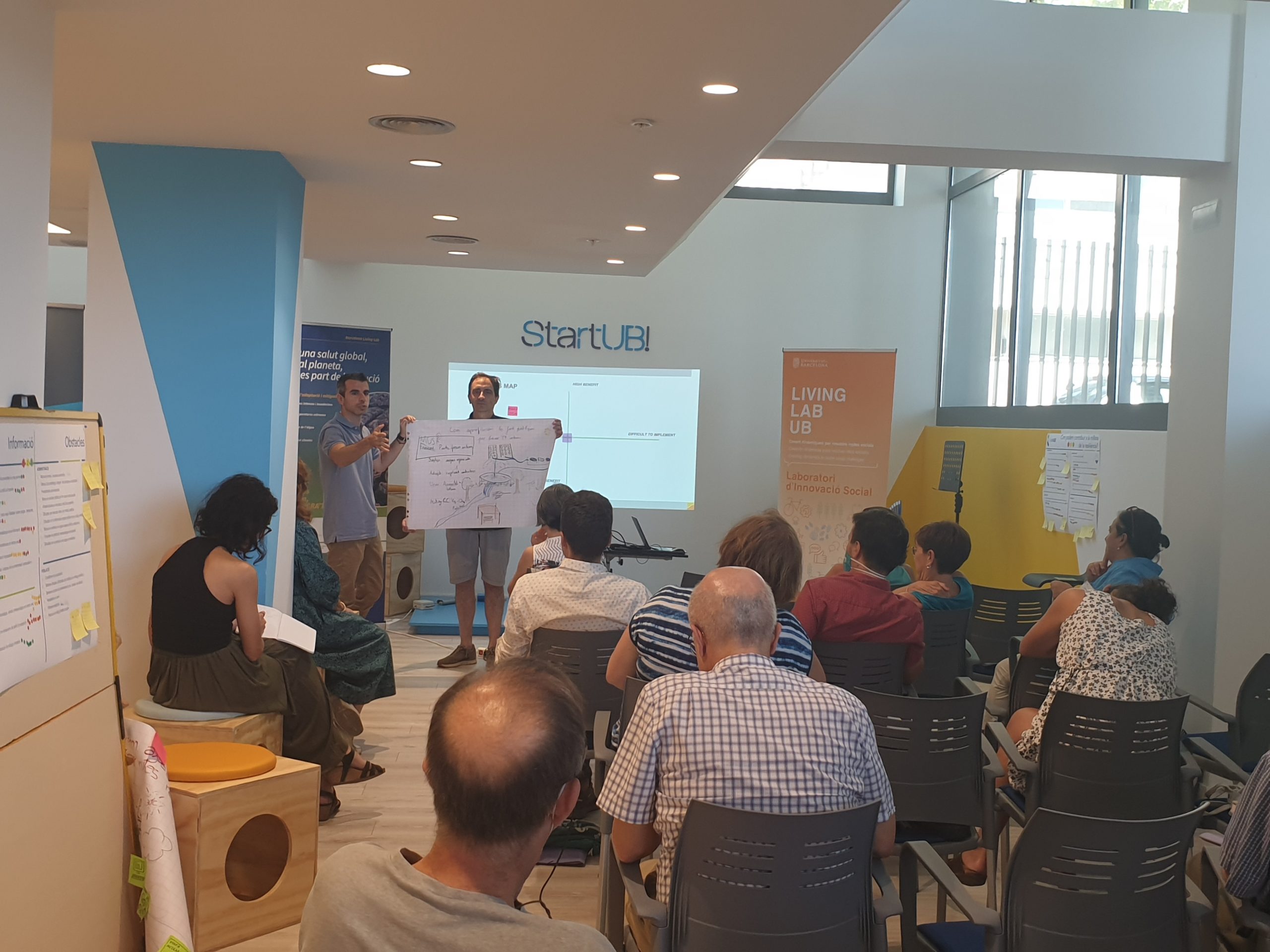